Today’s trekking will take us to visit the last strip of land of the Sorrento Peninsula with a view of the island of Capri and its stacks, “the Marine Protected Area of Punta Campanella”, the final act of the wonderful journey undertaken through the Lattari Mountains, a magical place full of charm and history.

The trek begins in the village of Termini, with the first part all downhill along the ancient Via Minerva, a Greek-Roman mule track built in the fourth century BC. (still partially paved with Roman paving), which will take us directly to the lighthouse of Punta Campanella, which with the tower in grey tuff, stands on the site that probably housed in ancient times a temple dedicated to Athena – Minerva, founded by the Greeks and later inherited by the Romans. From here begins the uphill stretch that will lead us to Mount San Costanzo 486 meters above sea level, where we will stop in the shadow of the chapel of San Costanzo, a small church located on top of the mountain, and here we will have our lunch break.
From the top of San Costanzo the view opens 360 degrees over the entire landscape, which includes the territory of Massa Lubrense, the Gulf of Naples to that of Salerno, with the imposing Vesuvius, the islands of Capri, Ischia and Procida.
For the return, an easier path will take us back to the starting point in one hour. 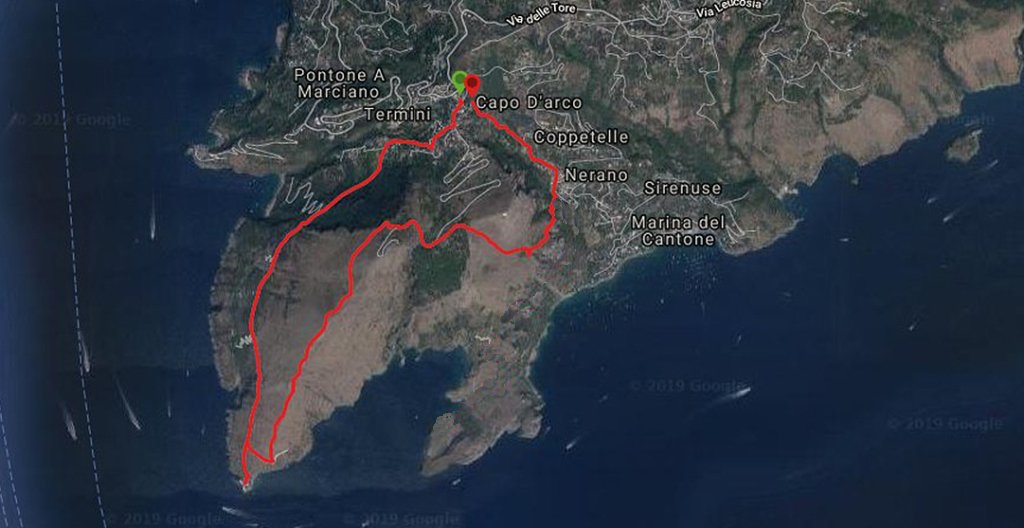 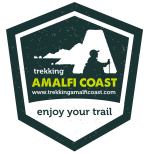 Path suitable for everyone

T = Tourist – Itinerary on small roads, stairs, mule tracks or wide paths. The routes generally do not require specific training other than that typical of the walk; suitable for everyone.

H = Hiking – Routes on paths or obvious traces in various types of terrain (pastures, debris, stones …). They are generally marked with red and white paint or only red They can also take place in snowy environments but only slightly inclined. They require training to walk even for a few hours and stress on the knees for the presence of long stretches of stairs, suitable for all.

EH = Experienced hikers – these routes are generally signposted but with some difficulty: the terrain can be made up of slippery slopes of grass, mixed of rocks and grass, rocks, although paths that do not require special equipment you can present individual rocky passages easy to climb (use of hands in some places). They require surefootedness and absence of vertigo. The physical preparation must be adequate for a day of fairly continuous walking.